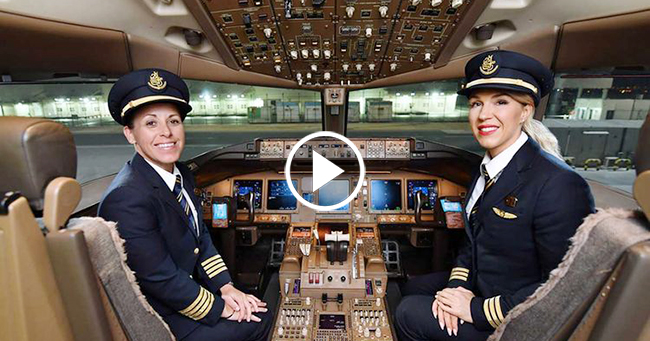 Women are increasingly contributing to the global aviation business and directly assisting different global exchanges made possible by aviation, such as international trade. Emirates is spotlighting one way that women in aviation are influencing lives and bolstering economies around the world in honor of International Women’s Day.

The airline has made a film that shows an all-female flight deck crew flying multi-stop cargo flights on a Boeing 777 freighter across four continents. With over 300 tonnes of cargo ranging from fresh flowers and fruits to pharmaceuticals, Captain Ellen Roz from the United States and First Officer Heidi McDiarmid from Aᴜsᴛʀᴀʟɪᴀ fly nearly 30,000 kilometers in 10 days on five freighter flights from Frankfurt to Mᴇxɪᴄᴏ City, Quito, Aguadilla, Amsterdam, and finally Dubai. Captain Heather Wolf from Cᴀɴᴀᴅᴀ joined the other two pilots to operate the trip from Frankfurt to Mᴇxɪᴄᴏ City. 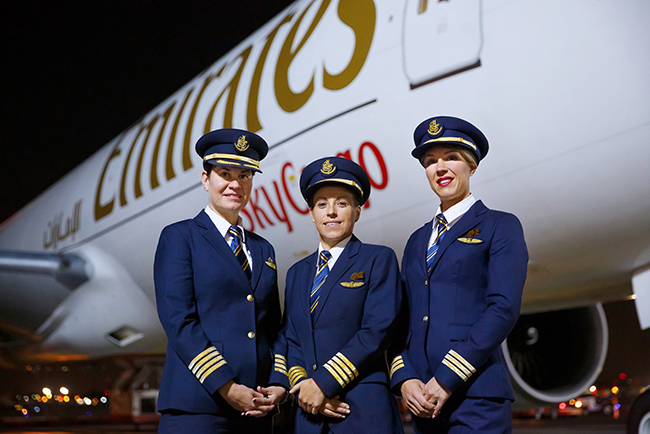 At Emirates, women make up more than 40% of the entire workforce, with the bulk of them working as cabin crew. The female pilots of Emirates range in age from 23 to 62 and represent more than 30 different countries. In the Emirates Group, there are over 1,100 Emirati women working in operational roles in the areas of flight operations, engineering, aircraft maintenance & appearance, catering, cargo, and ramp operations, as well as in customer-facing positions in airport services, sales, and customer affairs and corporate positions in a variety of business support roles. 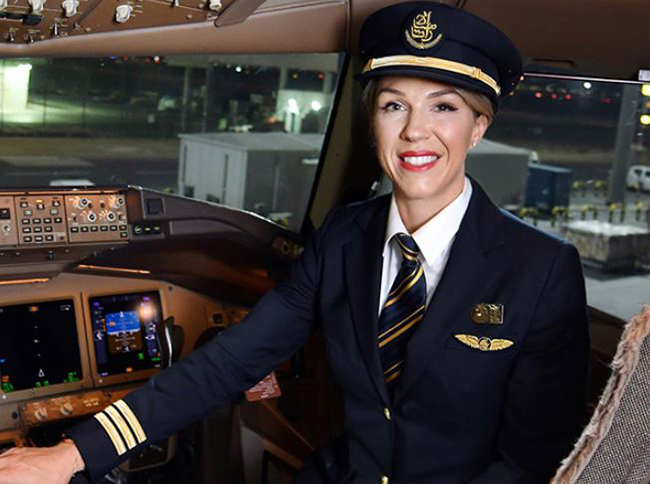 Emirates’ freighter flights are solely for the transportation of cargo, as opposed to passenger flights, and they don’t always start and conclude in Dubai. Instead, several origins and destinations are served by the planes over rotations that last several days. This enables more flexibility in cargo operations as well as the ability to move cargo quickly and effectively from its place of production to marketplaces where buyers are looking for it. 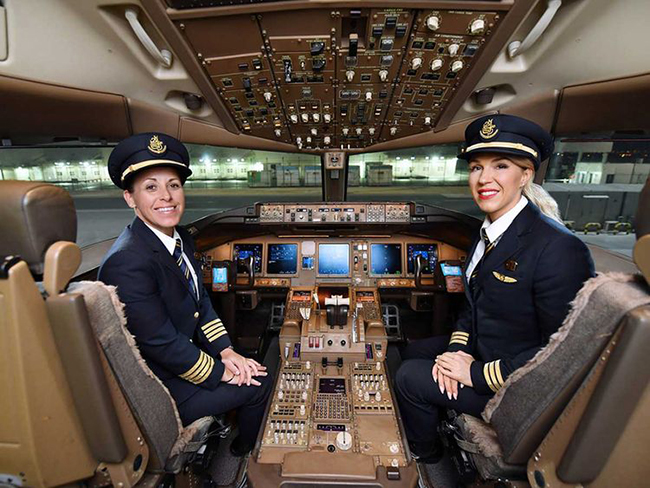 Furthermore, Emirates’ freighter planes fly to locations that are not serviced by passenger flights. For instance, Eᴄᴜᴀᴅᴏʀ is one of the world’s top flower-producing markets and is a cargo-only destination on Emirates’ international network. Fresh cut flowers are flown from Quito to Amsterdam on Emirates freighters via Aguadilla, Puerto Rico. This guarantees that the flowers be delivered from Eᴄᴜᴀᴅᴏʀ to the Nᴇᴛʜᴇʀʟᴀɴᴅs more quickly than they would be if the flight had to stop in Dubai before continuing on to Amsterdam.

Freighter flights also make it possible for items, such as life-saving medications, to be transported quickly from their ᴍᴀɴufacturing location to patients who may require them for treatment right away. On the all-female flight deck crew-operated freighter flight from Frankfurt to Mᴇxɪᴄᴏ City, about 10 tonnes of priceless pharmaceuticals were transported. 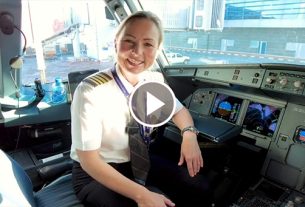 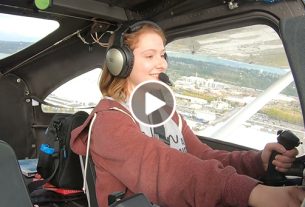 On her 16th birthday – Natalie takes her first solo flight. 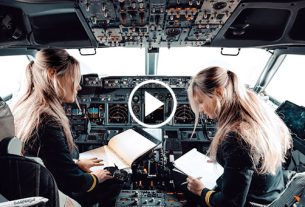