Pilots use a maneuver called “crabbing” when a landing or approach is complicated by heavy crosswinds. This maneuver, which was named after the way a crab moves across a beach, will make sure the plane is positioned correctly above the runway so it can safely touch down. Let’s examine crabbing and the requirements for carrying out such a move.

Recent recordings of some extremely stunning landings have been made available to aviation enthusiasts thanks to the intensity of Storms Dudley and Eunice across the UK and Europe. In their efforts to safely land their aircraft, European pilots have surely had to put their training and talents to the test due to the severe crosswinds caused by these weather systems. 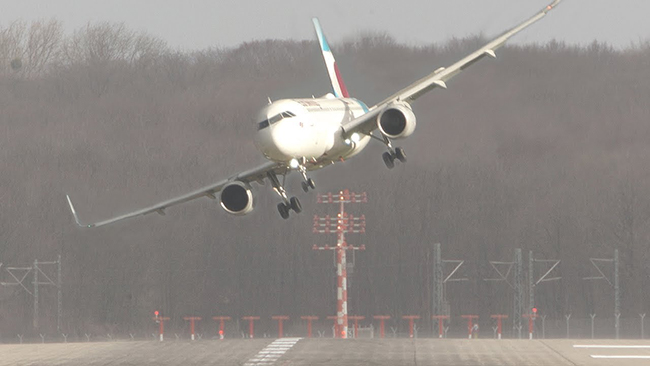 The majority of ᴛᴇʀʀɪғʏing landings that have been shown on video have involved “crabbing.” Turning the aircraft’s nose into the wind “such that some component of the thrust is counteracting the crosswind, allowing the aircraft’s ground track to line with the runway” is what is meant by “crabbing,” according to the website Thrust Flight. 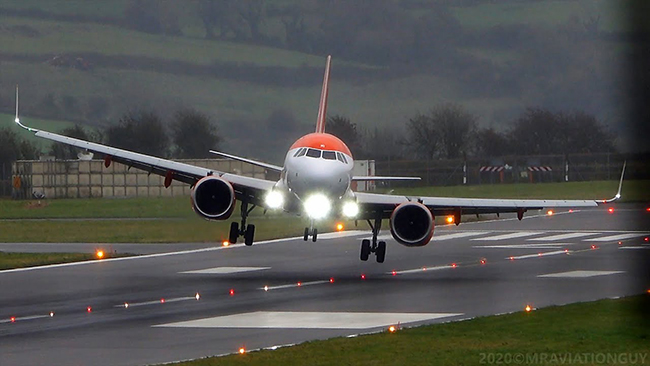 Boeing suggests using one of the three landing techniques—de-crab, crab, or sideslip—when there is a significant crosswind. A pilot will typically view the de-crab or sideslip as the preferred maneuver. A crab-only touchdown on a dry runway is technically difficult and is not advised by Boeing. As the rudder guides the aircraft onto the center line, pilots must instantly engage the upwind aileron to maintain level wings. Neither the pilots nor the passengers find it to be comfortable. 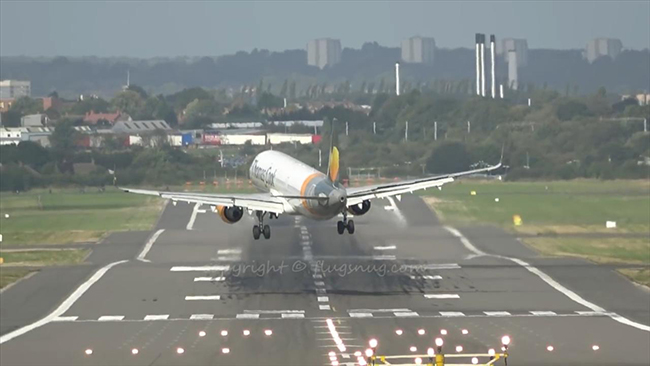 When de-crabbing, the pilots approach the runway sideways while keeping their positions in the middle. By flying sideways, the aircraft can counteract the wind’s power with its own thrust and get ᴄʟᴏsᴇr to the runway. This position will be held up until just prior to touchdown, at which point the opposite rudder and aileron will be deployed to maintain level wings and straighten the aircraft shortly before the wheels strike the ground. 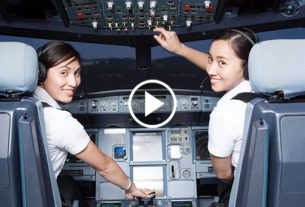 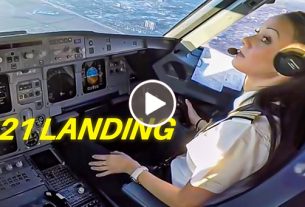 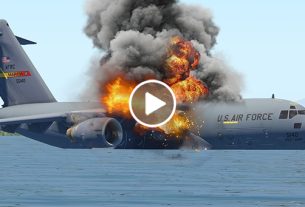